Stephen Aubuchon (photographer, filmmaker) is a Montreal born artist who turned to photography in 1991 as a second career and opened his first studio in 1993 in commercial advertising in Raleigh, NC. In 1998 he undertook a personal project photographing Nazi concentration camps in Poland, which led him to abandon commercial work and turn to fine art. Stephen’s current interests are in minimalist landscapes and the study of the human form through movement; in addition to still photography, he works in experimental video and site-specific performance art. His work has  been shown in Canada, Europe the United States. In addition to fine art, Stephen is a freelance photojournalist covering arts and entertainment; he currently lives and works in Montreal, Canada.

G. Todd Buker (composer) is an electronic musician (a.k.a. PROXY) and the company composer for Raleigh-based Bare Theatre. He has a B.A. in media studies from the University of North Carolina at Greensboro and is featured on the German label Jazz & Milk Recordings. Since 2004, he has composed and produced soundtracks to over a dozen full-length plays and short films and has distributed his music internationally. 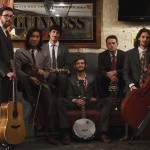 Ellis Dyson & the Shambles (musicians) are a six-piece, Gypsy Swingin’ Dixie Jazz band from Chapel Hill known for their whiskey-soaked, foot-stompin’ sound and wildly explosive live shows. Their old-timey front porch vibe takes traditional music to the next level with masterful musicianship and explosive live shows. Bursting with exuberance and effortless expertise this playfully hootin’ and hollerin’ act is guaranteed to bring the ruckus. shamblesmusic.com

Colby Hoke (video artist) is a producer at Red Hat Inc., a Raleigh-based technology company. He has a deep love of design, motion graphics, music, film theory, and performing arts and earned his degree in film studies at NC State University. From there, he entered post-production, working in broadcast commercials and network programming. He has also worked writing music and teaching percussion for several high school marching bands. By luck, his path crossed with Code f.a.d. Company, and he’s very proud to be a part of this extremely talented group of people.

Jason Law (photographer) is a native of upstate South Carolina and is currently based in Denver, CO. Through travels and a career in the design industry, Jason discovered his passion for photography. His eye for composition, light and particular attention to detail are apparent in all of his work. For Jason, photography is a melding of his natural artistic ability and his innate gift to emotionally connect with others. This allows him to translate experience and emotion into a photograph that both reflects his point-of-view, and exceeds the expectations of his clients. jasonelaw.com 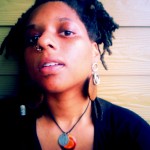 Julia Price (composer) is a flutist and composer currently based in Durham, NC. Her studies have extended without boundaries in classical, jazz, electronic production and sound design, Indian classical music, and many others. In addition to receiving many performing arts awards around NC and the East Coast, Julia has humbly performed and worked with many great musicians from all areas of the world. Currently, while in her studies, she is composing and performing music for her group and also collaborating with many of the upcoming and notable artists of this generation. 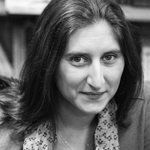 Jessica Temple (poet) grew up in Alabama. She holds a BA in English from the University of Alabama, where she minored in journalism, and an MA in English with dual emphases in creative writing and TESOL from Mississippi State University, where she served on the editorial staff of Jabberwock Review and taught composition courses. She is currently a PhD student in poetry at Georgia State University, where she teaches composition courses, works for the syndicated poetry college radio show Melodically Challenged, and reads for the journal New South. Besides creative writing, her scholarly interests include 20th Century American literature and Southern literature specifically. Her work has recently appeared in Red Clay Review, Birmingham Arts Journal, and decomP magazinE. Her chapbook, Seamless and Other Legends, is available from Finishing Line Press. She lives in Atlanta, Georgia.